I have a confession: I love traveling. There, I said it. As a travel addict, I have been to many different places in my short 23 years. Sadly, most of those places have been in the United States (29 states, baybay!) and Mexico, so I've got some catching up to do elsewhere around the world.

Bangkok got a lot of free press from The Hangover 2, and while it is said that all press is good press, I'm not sure that is the case here. The movie shows the seedy underbelly of Bangkok, which I'm sure their travel bureau is super thrilled about.

While potential visitors are assured that the crime rate in Bangkok is comparable to similarly sized cities in the world, there's still a worrisome amount of crime. 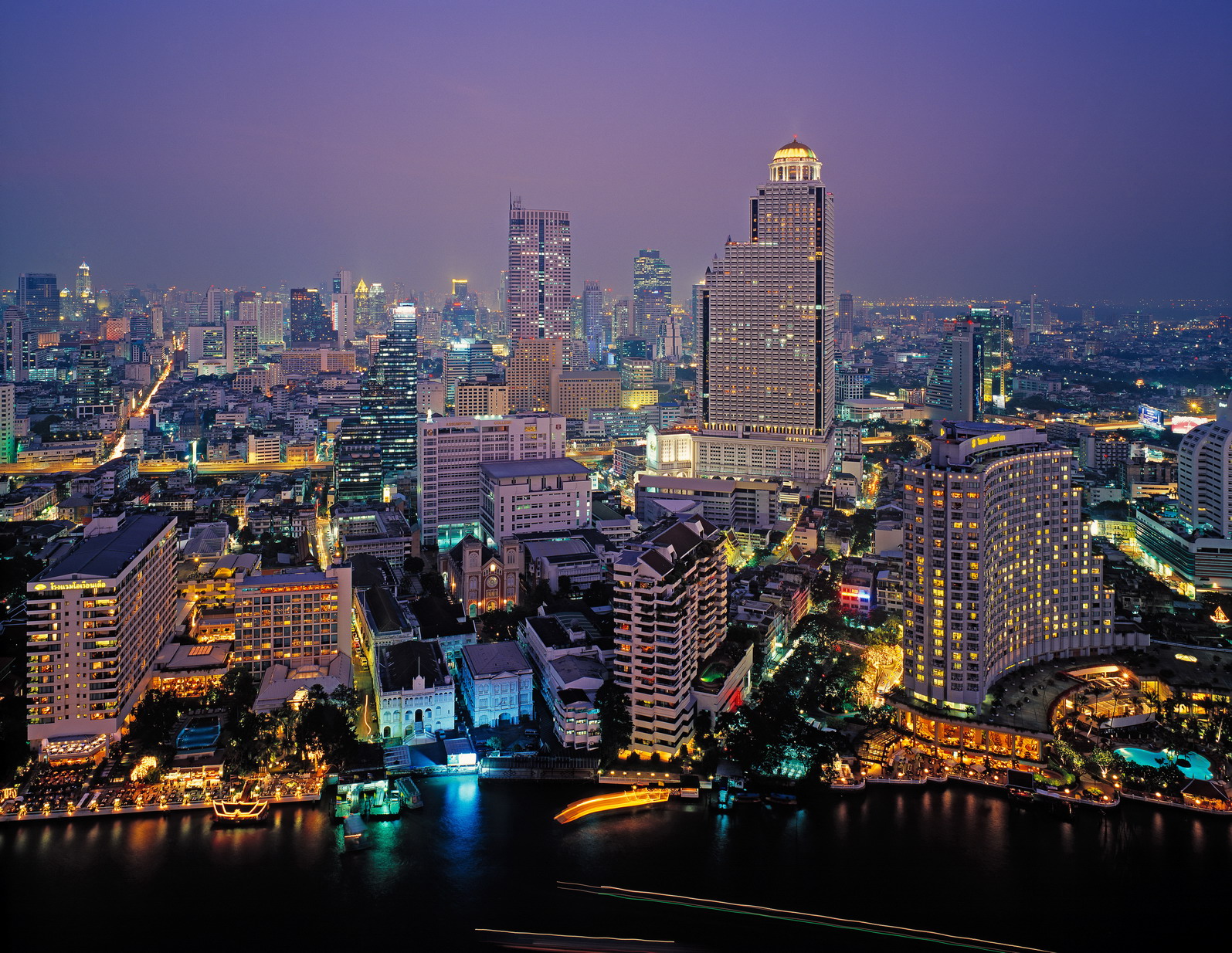 Do not get any closer.

Bangkok has huge problems with drug related crimes, including drug trafficking, prostitution, and gambling. Now, I am not an expert on reasons why tourist travel to Bangkok, but considering the ease that drugs, prostitutes, and gambling venues can be acquired/found, I'd say that's a large attractant to a certain type of tourist.

I don't really care what other people do on their vacations, buuuut I'm not looking for cheap and easy drugs, prostitutes, or gambling on a vacation. I'm looking for relaxation, warm weather, and a beach. 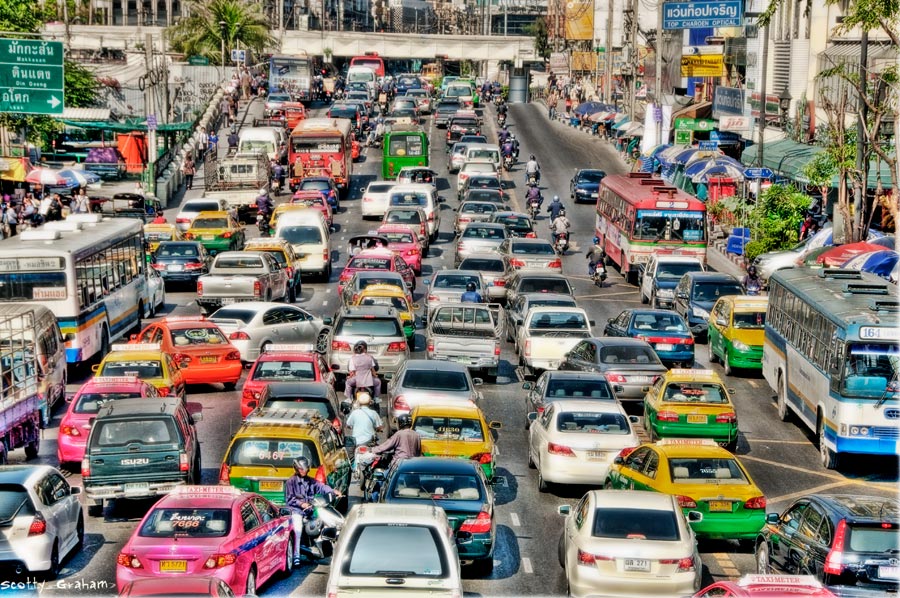 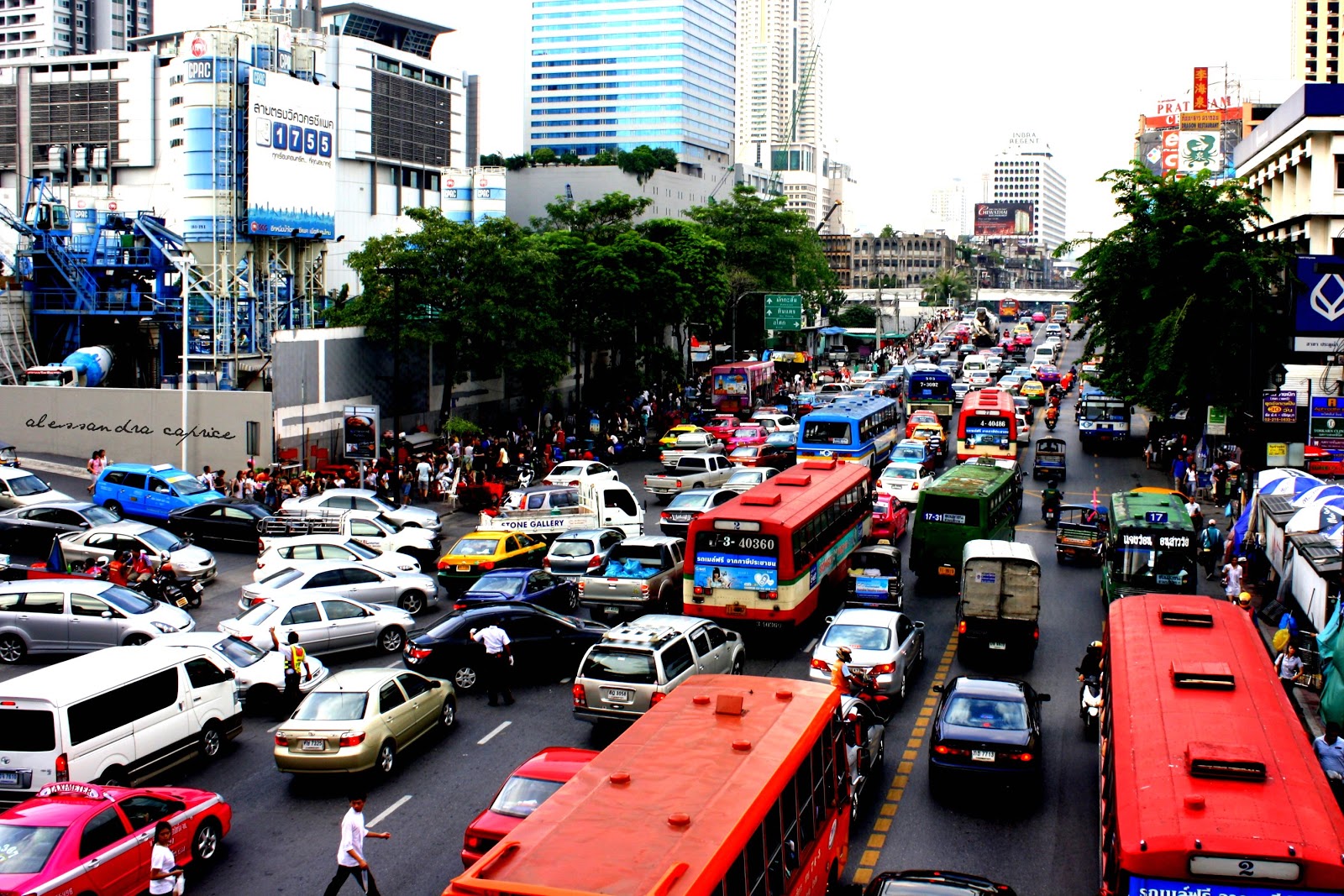 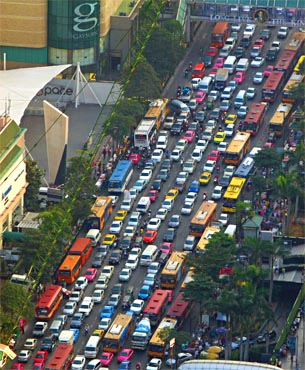 "We have a dinner reservation at 8 next Thursday, sooo if we leave at 2:15 today we might get there on time."

There would be no vacation in Bangkok, it would be one long, continuous traffic jam. The horror!

Guam is an idyllic little island in the South Pacific that is all of a whopping 209 square miles. That makes it smaller than the majority of the eight islands that make up the state of Hawaii. And, like Hawaii, it's a tropical paradise. The only downside to Guam, aside from the the 14 hour flight from California, is that it is crawling (literally!) with snakes. Before Guam became infested by the brown tree snake sometime around World War II, the only snake Guam natives had to worry about was a blind snake, Ramphotyphlops braminus. The  Ramph Bram (I refuse to type all of that again) is very small and is often mistaken by locals as a nothing more than a worm. 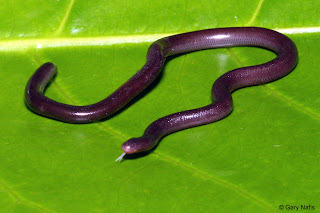 This ferocious beast is scourge of ants and termites all over Guam. 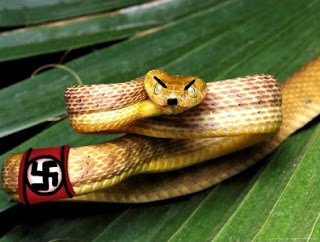 According to several smarticle types, there are 13,000 snakes per square mile in Guam. That's two and a half snakes every square foot. I dunno about ya'll, but I don't like snakes enough to have to worry about tripping over them every step I take, even if it would be comical. 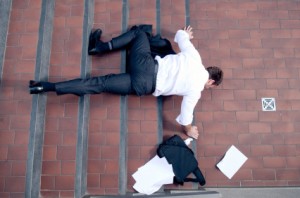 Picture this, just with bajillions of snakes snickering at your humiliation.

This one is a bit of a cheat, since it's not really a vacation spot, buuut I'm running with it, dang it. Ramree Island is located in the lovely Burma, an exotic locale that was pretty consistently dissed in the King and I. Interestingly (perhaps too strong of a word to use), Siam and Burma did go to war, but it totally ended in a tie, so the King and I was just a massive piece of propaganda put out by the Siamese government...ninety years after the fact...(okay, that might just be a theory.) Granted, Yul Brynner as the King of Siam does make a very compelling argument for the Siam side of the equation. Well done, casting directors. 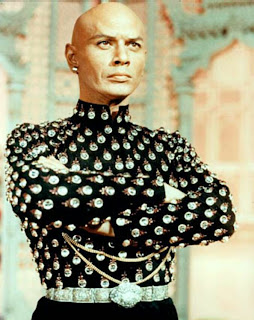 Even in Lady Gaga clothes Yul's stare could beat an opposing force into submission.

Ramree Island is as lovely as the rest of Burma. Visually. And from something airborne. Preferably from a distance that won't be landing on the island. If you are going to land on the island, you'd better hope cartoon physics apply and try and flap yourself away from the land part of the island. 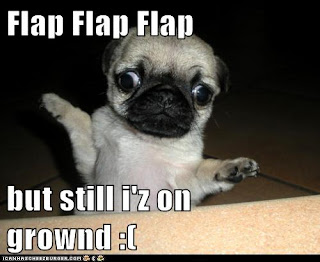 I was looking for a more illustrative picture, but got distracted by this. So DEAL.

Why all the evasive maneuvers? Because Ramree Island is basically a swamp. A giant, island sized swamp, full of super swampy things. The island is inhabited by thousands of saltwater crocodiles, which are apparently the most deadly in the world, the salt obviously giving them super powers. 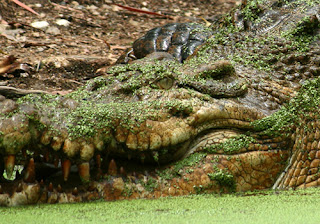 Not only that, the island is swarmed with mosquitoes carrying malaria and venomous scorpions. You almost get the feeling that pure evil is spawned amidst this trifecta of terror. Want to know just how deadly this island is? Of 1,000 Japanese soldiers forced into the swampy areas during a battle in WWII, 20 survived. TWENTY! That's a 98% death rate! Aaaaaaaaaaahhh!

Posted by Abby Meister at 8:16 PM No comments: